The aim of this project is to establish a link between the physical behavior of sound sources, the perception of generated sounds and the sense evoked by the sounds. To this aim, we propose an interdisciplinary approach, associating the fields of sound modeling by analysis, synthesis, perception and cognition.

The senSons project ended in June 2009 (beginning December 2005) and the final report can be downloaded here.

A new project based on the pluridisciplinary consortium of the senSons project started in November 2010. More information concerning this project, entitled sound metaphors (metason) can be found here. 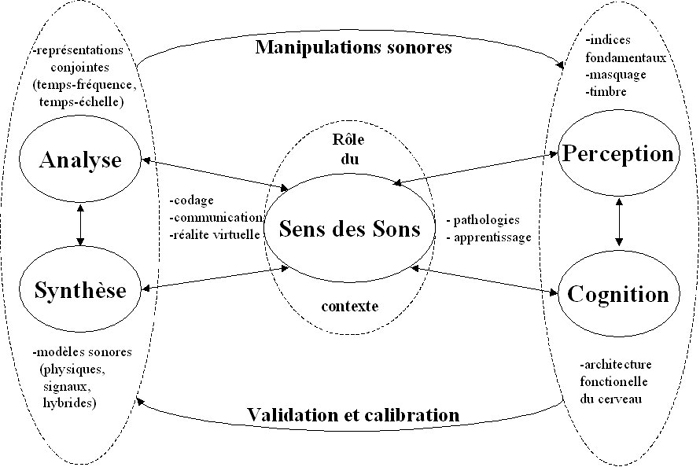